Over the course of centuries, zoos have significantly changed the way they worked. In the past, they were mostly menageries and animal collections belonging to individuals with high social status that were not available to the general public. Later, these institutions were opened to the broader public, mainly for educational purposes, as there was no television, and biology was not taught in schools. In the second half of the twentieth century, zoological gardens sprung up like mushrooms after the rain. The majority of Polish zoos were established at that time. Each garden, however, worked according to its own principles. At the end of the twentieth century, zoos began to gather together and develop standards of functioning, as well as codes of ethics, care and breeding guidelines, and the principles of animal welfare. At the turn of the centuries more and more attention was paid to education, which led to the emergence of associations of zoologists, trainers and professionals. These days, the process of transforming zoos into modern biodiversity conservation centres has begun, aimed at protecting species threatened with extinction and educating the society in the fields of nature and biology. 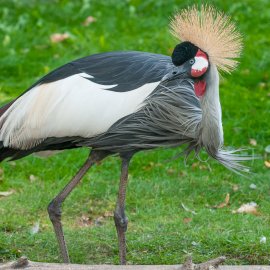 Every country and every garden will have to develop something of its own ...

... and we know that this process will not be quick. However, there is a consensus among the leading zoos that such transformations need to happen. Zoos have been developing gene and frozen tissue banks, the breeding and keeping of endangered species has been taking place on an international or global scale for some time now, and the efforts are becoming increasingly coordinated. The emphasis is placed on ecological education, protection of species in their natural habitats (in situ), support for the protection of ecosystems and endangered habitats – placing a great deal of responsibility on zoological gardens.

Mission of the Warsaw ZOO

We care about Nature to save the world for animals and people. We fulfill our mission cooperating with other ZOOs and science institutions all over the world. We use our passion, knowledge and experience to fight for endangered species using animal breedeing, science studies and ecological education. We run Birds' Asylum and CITES Centre to rescue injured animals. We are the part of Warsaw history and its future. We are a green island in the milddle of the city.

We are the best home for animals till they wil be able to get back to their natural environment and zoological gardens will be usless and needless.

The Warsaw Zoo is a leader of this transformation and for some time now, the Garden has been ahead of the average European zoos. Together with the Foundation for the Reconstitution of the Auroch (Fundacja Odtworzenia Tura), we have established a gene bank for endangered species. Tn 2014, we launched the very modern CITES centre supporting the global conservation of endangered species, we run the Bird Asylum, which takes in more than 3,000 patients every year (which constitutes a concrete action in situ and support for local bird populations). We are engaged in active protection of endangered bird species, including capercaillie and peregrine falcon, we support the protection of the Vistula River and its neighbouring habitats, we cooperate with several environmental organisations, including the Warsaw Society for the Protection of Birds (of which I am the founder and honorary member), and we keep the largest number of herd books among all of the Polish zoos. We publish the largest number of articles and journals. We teach students internationally, organise international conferences, train municipal police members in many Polish cities and teach them how to intervene should they ever find any animals in need of help. We help in the training of students and veterinarians in the field of exotic animal diseases and their welfare. And that is the right way to go! This is confirmed by the international community of zoos and trends in the development of zoos around the world. On the one hand, this is something to be proud of, but let us be aware that it is only the beginning of a long road. An old Chinese proverb says it best – the journey of a thousand miles begins with a single step. And everybody should take that one step, come up with an initiative and bring it to my attention. Together we can do more!